The widely declared 2016 Portuguese Vintage ports have seen numerous positive reviews, many mentioning their fruit richness and surprising early approachability (albeit with maturation to come over the next few decades).  I took the opportunity to visit a heatwave 2003 wine,  another generally declared vintage year.

Quinta do Noval is well-known for its Nacional vintage port – which I have never tasted- and their earlier-drinking Silval, but the wine reviewed is their standard model. These wines are imported into Australia by Bibendum, and are widely available. Noval  follow the beat of their own drum, with recent vintage ports released from 2011, 2012, 2013, 2014, 2015 and 2016; whereas most other houses only declared 2011, 2015 and 2016. 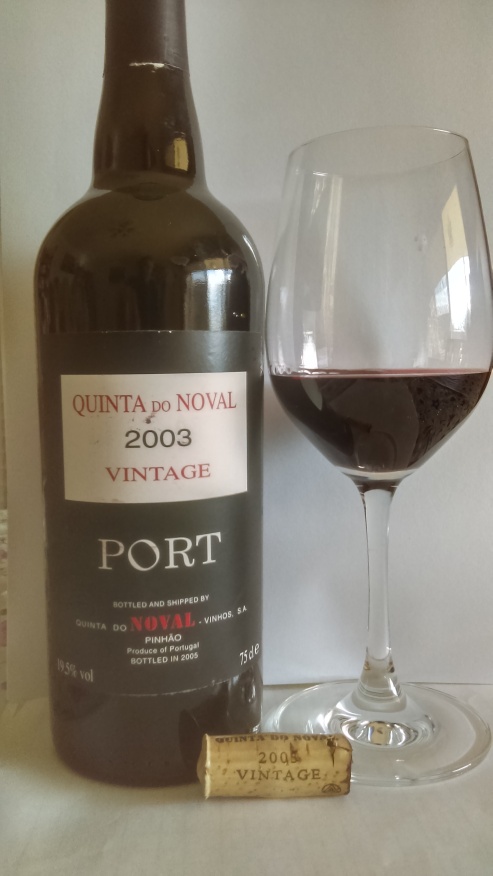 The cork has done its duty, the colour of the wine is a very solid dense red, with some bricking on the rim. The bouquet is ultra-complex; mulberry, liqueur cherry, plumcake spices, green olive, almond, blueberry and cocoa. The palate is an elegant full-bodied style; flavours coat the mouth, there is the tension between blue, red and black fruits. Blackcurrant is in the mix now with red liquorice. The fortifying spirit has melded, the super-silky tannins are present within the swathe of rich ripe fruit.

At this age, the wine is generous, juicy, approachable and delicious, but has the stuffing to mature with grace for another 20 years.